Recently, a video about zorb ball is spreading on YouTube. Everyone is shocked and attracted by the crazy new way to play zorb ball in the video to. In traditional zorb ball game, one or two participants are fixed inside the ball, these participants in the zorb ball roll down from the heights of the slope with ball rolling down. This new way is a little similar to domino, not only players sitting in a ball rolls with the rolling zorb ball, but also more participants make themselves become a domino running in the front of the rolling ball, and then they would be overwhelmed by the ball on the ground. This is absolutely exciting and amazing. Players are not fixed in the ball any more, instead of that, players are put into the ball with a small amount of water in it, this water can reduce internal friction while the ball is in the rolling time so that it can avoid some scratches. At the same time, more and more people are permitted to sit inside the ball together. Of course, people who run in front of the rolling ball would have some minor scratches, so we have repeatedly stressed that participants in this game must have a strong body.
Today, I will talk about the advantages and disadvantages of zorb ball.
First of all,the reason why zorb ball is popular in the world is that zorb ball is much safer than other ball games.This is its greatest advantage.Zorb ball can reduce the vibration effectively.So passengers don’t worry about getting hurt during in the zorb ball.In addition,zorb ball can meet the needs of many people playing together.When you are in the zorb ball and your friends are running in front of you,then you begin to slide off the high grass.If your friends run too slow, they will be overwhelmed by the ball.It is no doubt that zorb ball is very interesting and exciting!
Second,Although zorb ball has advantages,it also has disadvantages.The disadvantage of zorb ball is that zorb ball require a enough big field to play.If the field is too small or rough,zorb ball can’t show its real charm.Moreover,passengers may appear dizziness,headache phenomenon after taking the zorb ball.

As far as I am concerned, I think zorb ball has more advantages than disadvantages. 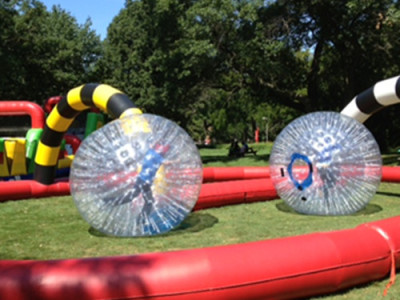 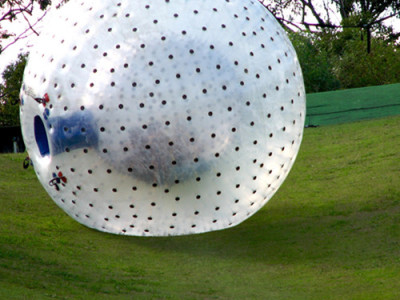 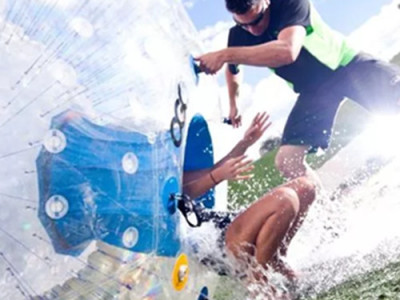 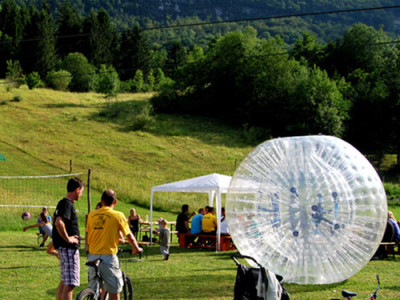