Recently, a video about zorb ball is spreading on YouTube. Everyone is shocked and attracted by the crazy new way to play zorb ball in the video to. In traditional zorb ball game, one or two participants are fixed inside the ball, these participants in the zorb ball roll down from the heights of the slope with ball rolling down. This new way is a little similar to domino, not only players sitting in a ball rolls with the rolling zorb ball, but also more participants make themselves become a domino running in the front of the rolling ball, and then they would be overwhelmed by the ball on the ground. This is absolutely exciting and amazing. Players are not fixed in the ball any more, instead of that, players are put into the ball with a small amount of water in it, this water can reduce internal friction while the ball is in the rolling time so that it can avoid some scratches. At the same time, more and more people are permitted to sit inside the ball together. Of course, people who run in front of the rolling ball would have some minor scratches, so we have repeatedly stressed that participants in this game must have a strong body. 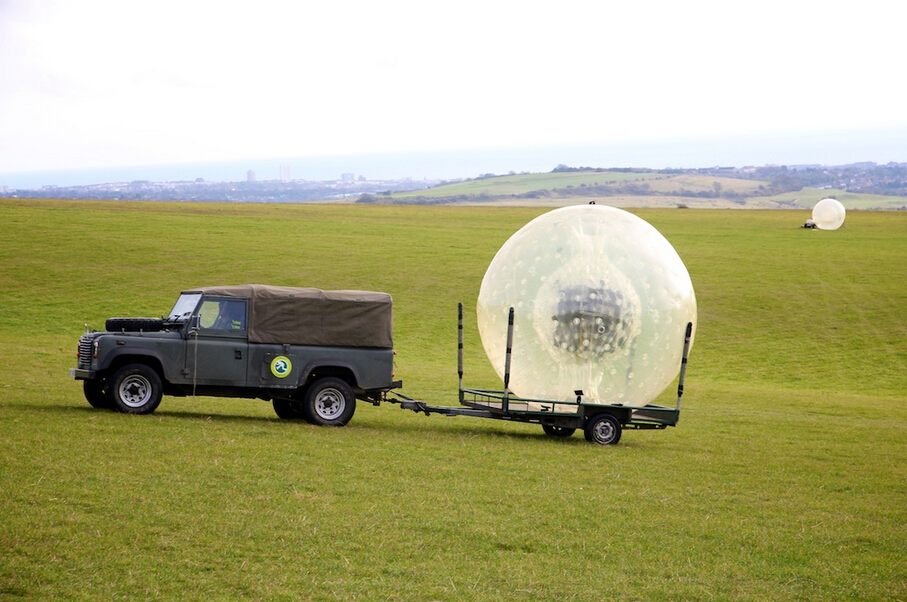